Interchem (Ireland) Ltd has acquired the exclusive distribution of Precision Microbes in Ireland. Precision Microbes is a unique liquid probiotic and postbiotic for pets, ruminants, horses and pigs. This innovative new product is approved by the department of agriculture. It is available exclusively through the Veterinary channel,  the product range delivers excellent results in supporting gut stabilisation, well-being and performance.

In a recent survey1, 85% of vets said they know that the gut is important in the overall health of animals. However only 40% of vets knew that 70% of immunity is gut based2.

To coincide  with the launch of Precision Microbes, Interchem are pleased to roll out an educational initiative called the Microbes Academy, the objective is to provide high quality and relevant knowledge around the microbiome and the importance of a healthy gut with CPD webinars, lunch and learns, WhatsApp Microbes, in Minutes video series and an industry Microbes Movement event coming in the Autumn.

Pat O’Callaghan, Interchem says ‘As the veterinary industry are finding ways to reduce antibiotic usage, it is never more important to consider alternative options to maximise animal health and performance. That’s why we are very excited about this really innovative range of veterinary exclusive products’.

Milk fever or clinical hypocalcaemia is a major threat on all farms. It affects up to one cow out of ten in dairy herds. Electro Pidolate Max prevents hypocalcaemia by improving the amount of calcium in the blood. Subclinical hypocalcaemia, which affects 25% of cows in their first lactation1, is not as well-known because it is not as obvious. However, it causes many health problems such as retained placenta, difficulty calving, metritis, ketosis, mastitis, reproduction disorders and a drop in production.

The Electro Pidolate Max bolus contains calcium pidolate and magnesium pidolate. Pidolate acid is a derivative of glutamic acid extracted from sugar beet. As a highly soluble salt, it guarantees excellent calcium bioavailability whatever the pH. Whatever the age or the health
status of an animal, the absorption of calcium in the form of calcium pidolate is 29% to 52% higher than from calcium in the form of other organic salt (Marchandise, 1987).

Click here to view our video on milk fever.

On the 24th June, 29 Interchem staff members completed a 300km virtual charity challenge. Individuals either walked, jogged or cycled over the course of 1 hour to complete the challenge, virtually from all corners of the country and some socially distancing from Interchems office in Dublin. Even though the team were apart, the team spirit was very strong, keeping in touch via WhatsApp. The Interchem team and Research Motor Neurone Charity have had a tremendous amount of support from customers, suppliers, family and friends, raising over €5,000 which Dr. Noel Kavanagh are very grateful for. Dr Noel Kavanagh., MVB, DPM, MAE, DECHPM, FRCVS. lives in County Meath with his wife Caroline. Noel is a retired vet and specialised in pig medicine. He was diagnosed with MND in December 2018. Noel qualified in veterinary medicine in 1969. Qualified as a specialist of the RCVS in 1984 and was appointed Chairman of the board of examiners in Pig Medicine of the RCVS. Awarded a Fellowship of the Royal College of Veterinary Surgeons (FRCVS) by thesis in 2002. He is a founding member of the European College of Porcine Health management, a practising member of the Academy of Experts and author of the textbook entitled “Maximizing Pig Herd Health, Management and Production Efficiency.  Former owner of Oldcastle Laboratories, providing Analytical Laboratory Services in the areas of Animal Health, Food Safety, Animal Nutrition, Toxicology and Environment Control. Retired from his specialist Pig practice in 2012 which provided consultancy services to pig farmers, Pharmaceutical companies, and expert reports in relation to product liability claim investigations.

VOICE BANKING
"Following my MND diagnosis I was advised that I would lose the ability to speak I commenced banking my voice in January 2019 with ModelTalker.  Voice banking involves recording a list of 1600 sentences on a computer. When sufficient recordings have been captured, software chops them up into individual sounds (phonetic units). A synthetic voice is then built out of these phonetic units. I banked my voice in English on ModelTalker and French on Cerevoice.
This was very important for me because a voice is a very personal thing and being able to keep this aspect of one’s individuality and identity is vital,  I now use my iPhone or iPad for communication, so I’m not totally isolated.  I type what I want to say into Predictable, which is the interface between the user and ModelTalker on my iPhone or iPad. Predictable then uses my ModelTalker voice to speak.  I have WhatsApp and email groups so that I can keep in regular contact with friends.  I use FaceTime, ZOOM and other video conference programmes for virtual meetings.
They work best if I have someone is with me so that we can more easily keep the flow of conversation going, otherwise there is a lag period whilst I am typing. I am fortunate that my wife Caroline supports me 24/7 and our daughters Kirsten and Naomi and husbands John and Mathew and grandchildren keep in constant contact by WhatsApp, Facetime and Zoom. " 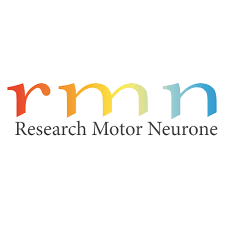 Timing of administration is based on the animal’s exposure to the parasites. This is usually 4-6 weeks post turnout, when the life cycle of some of the major influencers such as Cooperia Oncophora and Ostertagia start to take hold. Farmers have acknowledged issues of ‘coughing cows’ over the past number of seasons. This is particularly evident in heifers and 1st calved cows which have had limited exposure to parasites.

With higher stocking levels, earlier and later grazing seasons and young stock now being reared off the main grazing platform, exposure to certain parasites is on the increase. Early season parasite control at grass has proven to benefit financially in respect of milk yield (Gibb et al, 2005) who demonstrated a milk yield response of +1.68 kg/day solid corrected milk after treatment with Eprinomectin. Within the dairy sector we have a unique product available to treat most internal parasites that affect dairy cattle, Eprinomectin. Eprinomectin is a highly effective parasiticide developed as a broad-spectrum endectocide for topical treatment or recently available injection treatment of cattle of all classes and ages. It is the most recently marketed macrocyclic lactone in large animals. It has a zero milk withhold period for the use in lactating dairy cows.

The question is “Will this product remain effective in the treatment of my cows”?

Responsible use of Anthelmintic’s in Dairy Cows

The growing concern of anthelmintic resistance is not just a worry for sheep farmers. Cattle and dairy farmers are reporting that they are unsatisfied with the results achieved after worming cattle.

Regardless of the product of choice, it is important that the right dose of wormer is given correctly to ensure maximum efficacy. Literature has suggested that farmers could significantly delay the development of wormer resistance on their farms by worming correctly (Shalaby, 2013) Of critical importance is that the choice of wormer has no residual effect on the food product being produced thus choice of product must suit stage of lactation, for example, a zero milk withhold product allowing milk to enter the tank as normal.

What is Anthelmintic resistance?

A worm is considered to be resistant if it can survive exposure to the standard recommended dose of that particular chemical group of wormer*. Wormer resistance is heritable - the worm’s ability to survive is passed on to its offspring. Thus we need to prevent this happening.

The original guidelines for worm control were drawn up nearly thirty years ago. Since then the pattern of parasite infections has changed, as has the type of products available. All of these affect the way that we treat worm infections.

Climate change has brought wetter, milder weather fronts and increased grazing seasons with higher stocking rates has encouraged greater exposure to stock. Since temperature and moisture levels affect the development of infective larvae, this has also changed the pattern of worm populations. Due to milder winters, worms that do not survive well in very cold climates are now being found throughout Ireland. Infection by Cooperia (the small intestinal worm) is more common in cattle during the spring and early summer, whilst infection with Ostertagia (the small brown stomach worm) and Dictocaulus (lungworm) is often seen during the late summer and early autumn. Work published by Teagasc (2018) has highlighted the levels of which resistance has been found in some commonly used worming products on young stock. It would be determinantal to the industry if the likes of Eprinomectin was to follow suit.

What can be done?

Bulk milk test screening can give an indication of level of infestation in the herd and can help in monitoring the burden level. Faecal sampling gives greater feedback on individual animals and helps establish profiles for individual or small group treatments by age or stage of lactations. Lung washes conducted by vets are also becoming popular to monitor lung worm burden. Results from any sampling taken on farm should form part of the consultation with your veterinary advisor on herd heath planning and preventative medicine use.

A recent European Medicine Agency report, dated 21st April 2017 (EMA/CVMP/EWP/573536/2013) highlights findings and recommendations to reduce the issues surrounding anthelmintic resistance. It highlights that long-acting drugs (e.g. long acting boluses) and pour-on formulations pose a particular risk suggesting that Pour-on formulations may be associated with substantial variation in drug exposure, i.e. there may be the risk of suboptimal treatment due to grooming behaviour, dirty coat or weather conditions therefor adding to the development of resistance.

Another recommendation is the introduction of targeted selective treatment at farm level which ideally should include a post treatment check-up, This may have economic benefits and labour benefits based on routine screening. Farmers and their advisors should be prepared for possible legislation changes if the area of resistance keeps developing, for the time being it is important that farmers know what that are trying to treat, choose the correct product and ensure that the application of the product is accurate and does not pose a threat to the development of anthelmintic resistance.

The ‘take home’ messages and the practices to follow include:

*this refers to all presentations of anthelmintics: including drenches, pour-on’s, boluses and injectables.

Interchem has a strong range of diagnostic services available and this range has grown since the acquisition of IDT in January 2020.
Diagnostic tools are vital in preventative medicine, making it possible to get fast, accurate information about the health status of your herd. Please contact your vet for further information.
Interchem’s diagnostic services are as follows;
• Flu diagnostics (sow and piglet). What strain of flu are your pigs/ sows positive for? It may be more than one.
• Using the correct vaccine for the strain you are positive for will mean quicker results in terms of pig performance and will make it easier for your vet to prescribe a vaccine
• Actinobacillus Pleuropneumoniae (APP) diagnostics (piglet): Piglets are blood tested at varying ages. This will tell us when maternal anti bodies are no longer protecting your piglets, and therefore when the correct age to vaccinate is
• Mycoplasma Hyopneumoniae (MHyo) diagnostics: Mycoplasma Hyopneumoniae can be diag nosed through our CLP programme
• Salmonella diagnostics: If you would like to find out where the highest challenge of Salmonella is on your farm, Interchem’s diagnostics can help
• Oedema Disease diagnostics: Faecal samples and/or intestinal samples are taken to determine whether or not your pigs are positive for Shigatoxin and are suffering from oedema disease
• Anaemia/iron deficiency: As discussed in the Iron Deficiency Anaemia piece, Lisa is available as part of Interchem’s haemoglobin testing service
For more information on any of the above, contact your vet.